Letters of Intent are useful tools for negotiating a business deal. It is a formal document that specifies the plans or intentions involved in any type of agreement or deal. A Letter of intent protects each party’s rights and responsibilities, and creates a solid relationship between the parties. Letters of Intent are used in a variety of businesses and settings. They can be used in real estate transactions, joint-venture agreements, or any other type of contract.

A Letter of Intent outlines key points of a proposed transaction; officially declares the existence of negotiations in progress; announces intended project plans; and proposes actions by other parties. While it’s not usually a binding contract, a Letter of Intent can give you some measure of assurance that the deal will go through, and it can even be used to secure exclusive negotiation rights. The Letter of Intent can be drafted with some binding provisions to eliminate some of the risks of going forward with a purchase agreement.

Letters of Intent can create important moral obligations and set the state for future relationships between parties. Depending on the type of industry or business, we draft a Letter of Intent that achieves your particular business objective. 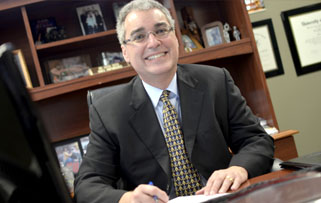